Technological changes may lead to 'reading divide'
The rapid rise of e-books could lead to a “reading divide” as those unable to afford the new technology are left behind, even as U.S. reading and writing skills decline still further.
Read more on Canada.com

Got this email from Aaron Miller and thought I should share it with you.  The ReadSocial people are the same ones who brought us BookGlutton.  They have branched out into new areas.  Publishers should be looking at Readsocial carefully.  It provides a relatively painless way to create a social network around their books, magazines, articles, etc.  The network can flow across different reading systems and the virtual groups can connect down to the paragraph level.  I think it would be extremely useful for such things as travel books and college guides.

Here’s what Aaron has to say:

I thought Telereaders would be interested in hearing about a new
social reading tool we just launched called Readum, which gives people
a way to annotate and share Google e-books with friends and groups on
Facebook.

Readum is the first product to use the ReadSocial API, which has been
under development since last November. It works by adding a social
layer on top of every reflowable e-book in Google’s bookstore,
gracefully enhancing the Google reading system with additional
functionality, and allowing users to select otherwise unselectable
text, comment on it, and share with public, private, or secret groups
on Facebook. Twitter support is planned, as well as support for any
oAuth capable networks.

Two key aims with Readum were:

1. Prove a concept by bringing together the largest cloud bookstore
with the largest social network

The underlying ReadSocial API allows developers and content providers
to tie together any e-book or long-form digital content system with
any social network or community. Google and Facebook are our first
examples of how the API can be used, and we’ve spoken to a number of
companies in New York  about integrating the API into their own
products and projects.

The ReadSocial API shares some of the same goals as James Bridle’s
Open Bookmarks project or Feedbooks’ Cloud Bookshelves, and will
evolve along developing standards such as EPUB 3, OPDS, and other
important efforts, with an emphasis on privacy, open standards, and
ownership of social content. But additionally, the ReadSocial effort
brings 4 years of knowledge about actual social reading habits to the
technology, and ReadSocial plans to offer a lot on the user interface
and experience side of the equation as well.

And here’s where you can go try it out (Firefox and Chrome only at the moment):

Oregon school kids really seem to like iPod Touches (or should that be “iPods Touch”?). Two different, unrelated projects have come to light over the last few months using them to boost kids’ reading abilities.

In the Canby School District, every third and fourth grade student has been issued an iPod Touch, which they use for reading and math exercises. Reports are that they do so quite well, too:

In presentations, [district technology coordinator Joseph] Morelock has shown that several classrooms using the iPod touches generated better test scores than the district average. He looks at iPod touches and other mobile learning devices as unparalleled tools that can be used in nearly every class.

Kids love the devices (as naturally kids do), but more than that, they allow the kids to go back and repeat exercises they had trouble with without public embarrassment. They’ve also taken to researching material from books on-line. Other schools are starting to take notice.

Meanwhile, in the Eugene School District, sixth-grade teacher Marilyn Williams is using iPod Touches to help her students with reading comprehension and retention, teaching from a sixth grade reader that comes with audio CDs. She used GarageBand to import and edit the audio CD content to add additional material with reading comprehension strategies. Then she added the text into the lyrics section in iTunes, so that they would display for students to read along with the audio.

She said that she used the iPod Touch for a number of reasons including that they’re smaller and more mobile than laptops, are more personal and individualized, and are “cool” or socially acceptable.

However, Williams also said, "You could certainly use any digital device that allowed you to display text with speech. Since I completed the research, the text to speech capabilities of these devices has improved a lot, and, if I were starting the project now, I might use a different tool. However, using iTunes and GarageBand was, and is, a pretty simple, seamless way to deliver the content and instruction."

Williams goes into more detail about the program in a dissertation that is hosted online at the University of Oregon Library.

(This is not the first time Eugene, Oregon has been mentioned on TeleRead. Back in 2004, David Rothman quoted an article about a Eugene cyberschool that was creating its own electronic courseware.)

In November, 2010, I pointed out some articles suggesting ways schools could make educational use of smartphones, which the iPod Touch very nearly is. In January, The Guardian carried a similar report. It’s interesting to see two different schools in Oregon leading the way in doing something similar.

Technological changes may lead to "reading divide"
TOKYO (Reuters) - The rapid rise of e-books could lead to a "reading divide" as those unable to afford the new technology are left behind, even as U.S. reading and writing skills decline still further.
Read more on Reuters

Technological changes may lead to 'reading divide'
TOKYO - The rapid rise of e-books could lead to a "reading divide" as those unable to afford the new technology are left behind, even as US reading and writing skills decline still further.
Read more on ABS-CBNNEWS.com

How mobile phones can extend our daily reading experience, by Piotr Kowalczyk

Reading on mobile phones is a subject of my continued fascination. How to help people read e-books on their phones? What to do to overcome popular prejudices?

Certainly, mobile phones won’t be a primary e-reader for anyone who wants to read more than occasionally, but they can be very useful as a supporting, emergency device. In a couple of days I’ll publish an article with tips on how to effectively use phones for that purpose.

Now, I’d like to share with you a couple of conclusions from an excellent study released by Read It Later in January. The study’s source was 100 million articles saved by Read It Later users across all major web and mobile platforms. The most interesting part is what time during a day users of particular devices are reading articles formerly saved.

The chart below shows articles read on an iPhone.

The data proves what we may have expected: people use their phones “in between”. This can be applied to social media streams, e-mails, text messages, RSS feeds and books.

Mobile phone is a first device we grab after waking up. As you see, a lot of Read It Later articles were “consumed” around 6 A.M. Next two opportunities to read on a phone are at the time spent on commuting to work (8-10 A.M.) and back home (5-7 P.M.). For many people it’s long enough to read not only a couple of articles in Read It Later app, but also a chapter of a Kindle book.

Evening should be the time when people switch to bigger devices: computers, tablets or e-readers – to take a full advantage of bigger screens. However, the data shows that number of articles read between 8 and 10 P.M. is not substantially lower. Let’s compare it to the usage of iPad, which is predictable – we read on it mostly in the evenings:

The obvious part is that we generally read in the evenings, after work, when there is no need to hurry, when we can seat on a sofa and devote 100% of our attention to reading.

What is not so obvious, and I’d like to highlight it as much as I can, is that with mobile phone as an e-reader there is no need to postpone reading until evening. Any time we reach for it (and we are reaching many times a day) this can be done with the intention to read.

Let’s keep in mind that in general we consume the world in a much different way than a couple of years ago. We jump in, stay short, scroll, act, leave. Periods of time spent on a single activity are shorter and shorter. It would be really bad if people stopped reading books just because of the fact they didn’t find an easy (=not time consuming) way to do it. 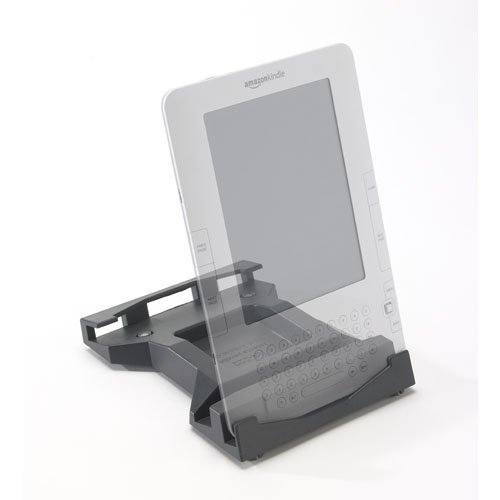 Multi-Position Reading Stand for Kindle 2 (2nd Gen 6") E-Reader [Kradle SQ :: KA-222G in Graphite]
Hold your Kindle at "15 degrees from vertical", "15 degrees from flat" or at 45 degrees (using the Kindle Cover) to adjust for different lighting conditions or to your reading posture. Keep your Kindle and Cover safely above accidental spills when re
Price:$ 14.95BUY IT NOW 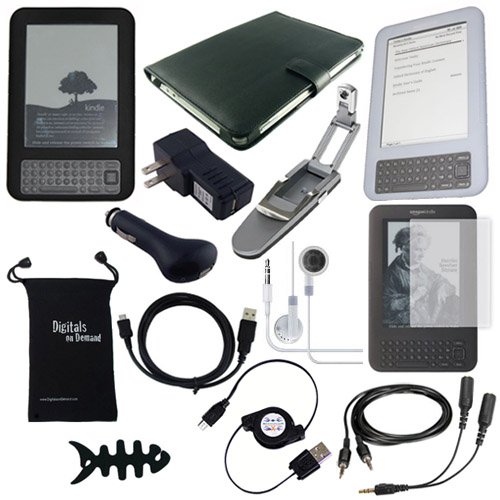 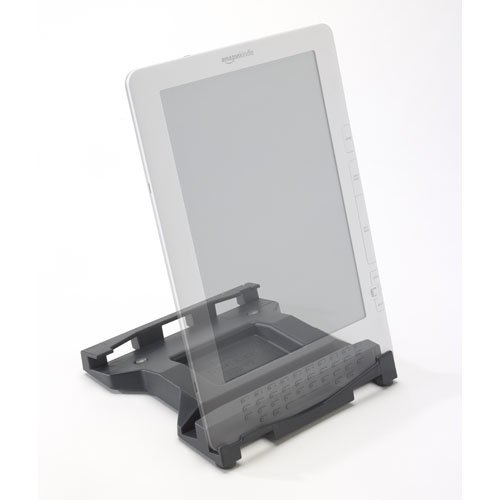 Multi-Position Reading Stand for Kindle DX E-Reader [Kradle SQ :: KA-333G in Graphite]
Hold your Kindle at "15 degrees from vertical", "15 degrees from flat" to adjust for different lighting conditions or to your reading posture. Keep your Kindle and Cover safely above accidental spills when reading while eating. Feather-light at just
Price:$ 19.95BUY IT NOW