How did Mark Twain really feel about perpetual copyright?

I’ve often mentioned that Mark Twain was a supporter of perpetual copyright, but it occurred to me that in a sense I’ve not been living up to the dictates of the state we share. I’d been taking an out of context quote’s word for it, rather than insisting that you have to “show me”. And when I went and looked at the text of the actual speech, it seemed to me that with Twain’s gift for biting sarcasm, it was hard to tell whether his zeal for perpetual copyright was serious or sarcastic.

So I posted a question on Quora asking whether Mark Twain really had been an eternal copyright advocate, and someone pointed me to an Ars Technica article by Ken Fisher. This isn’t exactly a new article—it was posted to Ars Technica in 2007—but it is still as timely today as it was then—perhaps more so, given the recent release of Twain’s autobiography and the controversy over the bowdlerized Tom and Huck.

The article talked about Twain’s plans for trying to continue to make more money off of his works by coming up with new expanded revisions of them just as they were about to pass into the public domain. (Hard as it is to imagine now, back in Twain’s day an author might still be alive when his works would pass into the public domain—though Twain actually died in 1910, the same year as this happened to his first major book.) Fisher writes:

Twain’s solution would have been ridiculous in actual practice. He imagined printing portions of his (then unpublished) autobiography intermixed with his older works, in new binding. The result would be a copy of, e.g.,Tom Sawyer that also had the introduction to Twain’s life printed on the bottom half of each page. As [a 1906 New York Times article] points out, the idea was to tie moments in Twain’s autobiography to scenes in his works. To be sure, it’s a very creative approach to creating a "new work." It doesn’t prevent the original from passing into the public domain, but the author is free to try and create competing works for his benefit.

What struck me is that this actually seems like a very modern approach. There have been a number of public domain books that have been issued in new editions with commentaries and annotations—most notably, The Annotated Alice—making more money for the publisher (and presumably the people who wrote the commentaries and annotations) from works that have long since passed over into the public domain, even though the original non-annotated works can be had for free. (It’s also not unlike what the academic publishers have done with Twain’s newly-published autobiography.)

And figuring out how to “compete with free” seems to be one of the mantras of the Internet age, in a time where even works that are brand new and still under copyright can be had for free with a modicum of effort—even if today’s “pirates” aren’t quite the same as those of Twain’s era.

As for Twain’s actual stance on copyright, it seems to have varied over time, but averaged out at somewhere less than the “eternal” copyright he once called for. Fisher writes, “Twain didn’t want perpetual copyright, only something that would cover his children’s lives. He noted on more than one occasion that the grandkids should fend for themselves, but for Twain and his daughters, he sought to combat ‘the pirates. […] And, as Twain once noted, while authors die, ‘publishers’ don’t.’”

With that in mind, I wonder how Twain would really feel about the effectively-perpetual status of copyright in the present day, given that the publishers are the real beneficiaries? If anyone would fit Twain’s conception of publishers as “pirates”, it would probably be the copyright-grubbing Disney who has continually extended copyright terms for the sake of a mouse.

Just a few more years until that mouse comes up for grabs again, and Disney starts beating its next copyright drum. 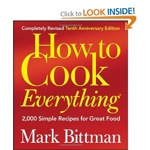 Interview with Mark Waid on digital and the future of comics

I’m not familiar with Mark Waid, who is the former chief creative officer of Boom! Studios, but a recent tweet by Richard Nash says: And don’t pretend it’s just comix … If you’re in publishing, you should listen to what @markwaid has to say ….

You can find the interview at Comics Alliance. There’s a lot of interesting stuff there, but one of the things that really shocked me was this:

CA: In our interview with Chip, he also talked about the barriers of the comic book format itself for new readers, including how and when comics are distributed, and even how to read them. He thought this could be a major impediment to breaking in new readers. How serious of an issue do you think that is?

MW: I think it’s a huge impediment on a couple of counts. First off, all of us who have read comics since were kids, we all lose sight of the fact that smart adults can’t figure out how to read comics, which is mind-blowing. Just a couple weeks ago, I was in Indiana guest-lecturing at an anthropology class about comics, and I passed out some pages of comics to make some points. And some of the kids who didn’t read comics came down afterwards – these are bright kids who have light behind their eyes – and they were saying, “I’m not exactly sure how to read this. Do I read the balloons first? Do I read right to left or up and down?”

For you and me, it’s like asking us how we breathe; we just know this stuff. But comics is like any other foreign language; you learn it easiest and best as a kid, and if you have to learn it as an adult it’s much harder to pick up on. Just the reading of comics, the mechanism is an impediment. Second, there’s a reason that newspapers don’t still publish serial fiction like [Charles] Dickens. Nobody wants to read it that way anymore. Serial fiction is a conceit of comic books and soap operas. As one goes, so goes the other in terms of public consciousness. Especially in the digital age, people want everything now now now. Unless I’m overlooking something, I can’t see any other place for real serial fiction like that.To some degree there’s television, but even in television episodes you basically get a beginning, a middle and an end.