These are sets published this year, and I hear more attention is given to formatting with the newer ones.

While I have the Complete Works of Shakespeare already, I wanted some of the features mentioned in the product detail.  Using the Shakespeare set as an example, the description is: "The Complete Plays of Shakespeare  (Special Kindle Illustrated and Commented Edition)  All of William Shakespeare's Unabridged Plays AND Yale Critical..."

The set was "especially created for the Kindle" and is  "commented and fully illustrated," with:

' - Over 12 full color (color enabled device required) illustrations and photographs  [Well, THAT makes no sense, does it.  But the Kindle can deal with color photographs; it just shows them in black and white.  However, your Kindle for PC or for Mac and other Kindle apps can show them in full color] ...
- Over 300 pages of additional biographical and historical materials
- Over 14 critical essays from leading Shakespeare scholars from Yale University on various aspects of Shakespeare's life and literary legacy
- Fully Kindle enabled with fully interactive table of contents, Kindle MasterLink technology, Kindle Text-to-Speech ' (Audiobook) enabled, Kindle Lending Technology enabled

Here's the page listing all the Collections available.

These sets are probably, at .99 each or less, something students and families might find worth a look.

UPDATE - I perused my copy more closely. The illustrations I've seen so far have been in in the front and are small although putting your cursor on them and clicking on one zooms it to fill the screen but they're not in high resolution.

There is also no explanation for these illustrations.   It's as if they're there just for atmosphere.  I don't see why they couldn't explain one was the Globe Theater.  For a set with a very good set of notes in the BACK of the book, the lack of information for the illustrations is pure laziness.

The Table of Contents: As promised, it's interactive, but the essays under "A critical Introduction to Shakespeare" by writers from Yale University, while linked under most circumstances, doesn't work if the would-be link winds up at the top of the page in some font-settings.  The workaround is to lower or raise the font size so it moves off the first line and then you can click on it.

The essays start at Location 82864. (Good to bookmark it.)  Curiously, just in front of it is another illustration and this one is explained.  And there are others illustrations in the Yales essays section.

Although the Complete WORKS by Shakespeare, via Mobile Reference does not have the voluminous notes/essays, its formatting is easier to read, as they use bold facing and more separation between lines.  They do recommend font size 2 to avoid odd line breaks but you can rotate the Kindle to Landscape to avoid that.  That set is .99 also and is nicely organized but has only a short biography of Shakespeare as an addition.  The sonnets and other poems are included in that set though.

THIS set of plays uses small italics instead of bold facing (to identify the speaker) and less separation of lines.

Kindle and Adam lovers now have much to rejoice. For the Kindle for Android has now made its debut on the Adam tablet PC. This is great news for book-lovers who have bought the Adam tablet as this will open up access to the over 900,000 book now on offer at Amazon. The Amazon’s Whispersync technology will also be a part of the package. This combined with the sheer number of books on offer along with the ease with which they can be downloaded all make the Kindle application almost a must have for book-lovers.

So while the Kindle application definitely enhances the appeal of the Adam that bit more, what’s also exciting is the announcement in the company blog of more coming our way. So let’s keep our fingers crossed until the next post at the Notion Ink blog.

Kindle to be available at Walmart. Is ad-supported Kindle a primary focus?

The Editors of The Kindle Daily Post (national or international editions), which is always clickable at the top right-hand corner of the Kindlestore, announced yesterday (all emphases mine) that "...starting this week, Kindle will be available in over 3,200 Walmart stores nationwide.  Most stores will have a Kindle on display so you can check out all the features before you buy.  Walmart stores will be selling both Kindle 3G and Kindle with Special Offers.

Walmart is the latest in a growing list of retailers offering Kindle, including Target, Best Buy, and Staples, among others."

Note they mention "both" the "Kindle 3G" and "Kindle with Special Offers."
But they don't mention a third possibility, the Kindle3 WiFi-Only Without Special Offers

Is it possible there'll be no 9 WiFi-Only model at Walmart?

That would be of interest insofar as the Non-Ad WiFi-Only Kindle may be getting less production interest.
Or, it could be that the Kindle Post mention of 'both' Kindles was unintentional on the editors' part, but that'll be interesting to watch.  The latest Youtube video has emphasized the "from 4" price point.

Best New $0.69 MP3 Songs for your Kindle or other mp3 player

Amazon recently lowered the price of several popular songs to .69, and it happens that these songs are still .29 on iTunes..

Computerworld's Ed Oswald writes, "It's not clear as to whether the price drop was a blessing from the music labels, or if Amazon has decided to take a profit hit in the name of gaining market share.  It's no secret that some music industry execs would like to limit iTunes' clout in digital music, and may have given more favorable terms to competitors.
. . .
These days, the .29 price point is reserved for special content (the Beatles catalog for example) or best-selling tracks from major artists.  But with Amazon now apparently undercutting iTunes by nearly half, Apple may be forced to answer back."

Some of the songs at 69 cents are, Oswald notes:
Lady Gaga's hit "Born This Way" and "Judas," Taio Cruz's "Dynamite," Cee Lo Green's "Forget You," and The Black Eyed Peas' "I Gotta Feeling."

Check the list of .69 top songs at any time.  There are currently 204 of them.
Some of them will of course also be found in the "Bestsellers in MP3" page, which has the "Top 100 Paid" songs alongside the "Top 100 Free songs."

Remember that the Kindle has a 'music' folder which allows the playing of mp3's (as background music while reading) over the not-very-loud Kindle speakers or via headphones.  But these mp3's play only in the order they are placed on the Kindle (or randomly on the original 2007 Kindle), although a favorite or two can be put in the 'Audible' folder which allows them to be Selected -- but you can't read a Kindle book while listening when using the Audible folder.

See the earlier mp3's on Kindle section for more information on how the Kindle handles mp3's.

(The Kindle-edition of this blog can be searched for the words "mp3 files" because the 24 latest blog-articles are kept in each edition.  You can just type "mp3 files" to search the Kindle blog for this when you have it open for reading.

Also, if you haven't read about the new Cloud Player, you might also want to check out the first blog article on Amazon's new Cloud storage and music-streaming feature, which provides all Amazon customers with 5 free gigs of storage per year.  There is also a bonus upgrade available in most countries, to 20 free gigs total per year if you buy an mp3 album (there are 99 cent albums).  However, that storage-upgrade isn't available in the 27 countries listed in the table at the bottom of that first blog article.

It'll be interesting to see how well Amazon's lower pricing works out.  When I download an mp3, I can opt to put it into the iTunes library.

Reminder: Amazon is offering a gift certificate with a purchase of one 3G Kindle (limited to one per customer) until Mother's Day.

We’re excited to announce that starting this week, Kindle will be available in over 3,200 Walmart stores nationwide. Most stores will have a Kindle on display so you can check out all the features before you buy. Walmart stores will be selling both Kindle 3G and Kindle with Special Offers.

Walmart is the latest in a growing list of retailers offering Kindle, including Target, Best Buy, and Staples, among others. 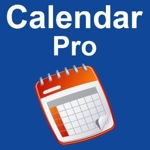 Got an email from the unofficial blog Kindle about their new calendar app.  Here’s what they say:

One of the most popular items for Amazon Kindle is calendar. Since the device doesn’t offer built-in calendar functionality, a number of alternatives has emerged in the form eBooks. They were of varying quality and were mostly useful for finding out which day of week certain date falls to. If you wanted to keep track of appointments, you had to use annotations which wasn’t too handy since annotations were never meant to be used this way.

Being Kindle developers we decided to improve things by writing a Kindle Calendar application. We are happy to announce that it is complete and available for purchase in the Kindle store for a nominal price of .99.

You can use either system menu or hotkey shortcuts to switch between views and paging buttons to navigate days, weeks, months, years and even decades (depending on whether alt or shift key is pressed)

Kindle ebook:Kindle DX - Reading a Novel
Shows you how to read a novel using the Kindle DX.