There is no question for me that children’s books are the premier application for iPad apps in the reading area. I just couldn’t resist reprinting this press release, it brings back too many memories:

Random House Children’s Books (www.randomhouse.com/kids), announced today that the pat the bunny (www.rhkidsapps.com/patthebunny) interactive app is now available in the iTunes® store. Developed in collaboration with leading digital media agency Smashing Ideas, the universal app for iPad, iPhone, and iPod touch is based on Dorothy Kunhardt’s touch-and-feel children’s book classic. When pat the bunny was originally published in 1940, it was groundbreaking in its use of touch-and-feel elements (such as daddy’s scratchy face) and interactive features (“Now YOU play peek-a-boo with Paul.”) The app extends the legacy of pat the bunny to the digital world, promoting children’s mastery of their world through simple, interactive play.

Designed for the youngest user, children can easily bring bunny to life and interact in new ways. They can pop bubbles with bunny, help bunny catch butterflies, tuck bunny into bed, and more. On devices with front-facing cameras, including the new iPad 2, children will be delighted by a “look in the mirror” feature that allows them to see their reflection. With 14 stunningly animated scenes in all, there are plenty of surprises to see and discover. There are three different ways to read through the app: users can watch illuminated text while hearing the words read aloud, turn off the narration and read at their own pace, or record their own voice to be played back.

The pat the bunny app promotes the development of fine motor skills with a paint mode that magically transforms each page into a colorable activity. This paint feature is made for the youngest users as children can simply swipe a black-and-white scene to make the colors appear. Children will delight in dragging their fingers across an image of bunny’s birthday party and watching the picture come to life in vibrant colors. Sparkles jump across the page as little fingers brush yellow and pink onto the flowers in bunny’s garden.

With a click of the “Buy App” arrow in the iTunes® App Store, the pat the bunny app makes the perfect gift for new parents. The app retails for .99, but will be available at the special introductory price of .99. It can be purchased once and used on iPad, iPhone, and iPod touch.

pat the bunny by Dorothy Kunhardt has sold more than 9 million copies since its original publication in 1940. It was first created as a gift from Dorothy Kunhardt to her daughter, Edith. Since then, Edith Kunhardt has expanded the pat the bunny series to include many successful titles including Pat the Cat and Pat the Christmas Bunny. With the release of the app, the iconic characters and stories of pat the bunny are sure to entertain children for generations to come.

Alberto Vitale was running Bantam Books, the world leader in paperbacks, when the Newhouse family recruited him to become the COO of Random House. In that role, and later as the CEO of one of the world’s top publishing firms, Vitale oversaw huge changes in the publishing industry. In this interview with Stephen J. Kobrin, publisher and executive director of Wharton Digital Press, and [email protected], Vitale discusses the rise of digital publishing, the future of bookstores and the globalization of copyright, among other issues.

An edited transcript of the interview appears below. You can hear the complete interview via the audio link and watch part of it on video.

Random House getting into video games 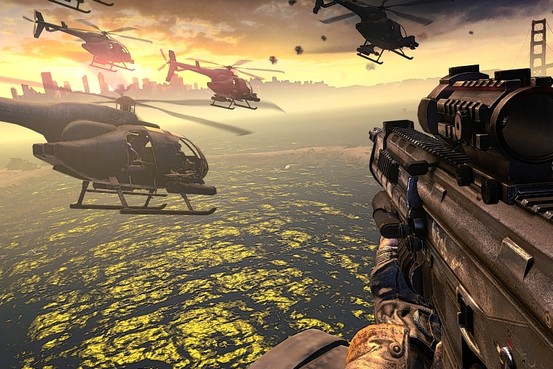 For a while I’ve been suggesting that publishers looking to explore the full potential of enhanced e-books would do well to look to the world of video games for lessons. And as it happens, for a while video game makers have been tapping the talent of professional writers to develop stories that are as engaging as the graphical and technical qualities of modern games.

Still, I think the big challenge that exists for publishers when it comes to building effective, fully integrated enhanced e-books (or book apps if you prefer) is to figure out how to get the gaming side of the design process in-house so that the story geeks and tech geeks can sit down to lunch together and learn each others’ languages.

It seems that Random House may be moving toward something like this. In a report by Jeffrey Trachtenberg for the Wall Street Journal, we learned yesterday that Random House just struck a new partnership with THQ Inc., a game design firm based in California.

This partnership it seems is meant not necessarily to integrate game design into the story making process so much as to create separate revenue channels built around the same intellectual property or story.

As Lenny Brown of THQ told Trachtenberg, “The Holy Grail here would be for Random House to produce a book that sells well, with us ultimately investing million in a triple-A console game backed by a million marketing campaign that draws a commitment from Hollywood for a movie or television event.”

Considering the sums required to develop a single game and market it, the story is clearly not meant to be the primary achievement in this partnership. I mean, do you remember the last book that had a million marketing campaign?

But Keith Clayton, director of creative development at Random House, was optimistic about the creative possibilities the new partnership will enable. “It will let us bring in creative people who can have their visions realized across multiple platforms,” he told Trachtenberg.

Regardless of all the talk of “multiple platforms,” one can’t help but think that, with the projections of e-book sales expected to rise significantly for publishers this year, part of the strategy for Random may be to test the waters for deeper collaboration among editors and game developers to see what can be created for the glut of iPads and Android tablets flooding the market this year. Obviously the book-game-movie synergy alluded to in the article is the primary motivating force here, but I’m hoping that these new partnerships make it possible for some really interesting creative collaborations. Ones that blur the boundaries between book and game to the point that an entirely new category is necessary.

Tagged as: Games, Getting, House, into, Random, Video Continue reading

Random House c.e.o. Gail Rebuck has said she expects digital to become a “significant” part of its business in 2011 ….

RHG expanded its e-book programme to include 25,000 titles worldwide by the end of 2010. In the United States, Bertelsmann said as much as half of first week fiction sales were now in digital. …

According to the National Journal:

The Obama Administration is calling for greater law enforcement authority and tougher penalties, including prison in some cases, for people convicted of copyright infringement.

The White House’s Intellectual Property Enforcement Coordinator, Victoria Espinel, submitted 20 recommendations to Congress on Tuesday aimed at cracking down on copyright infringement on items ranging from drugs to music and military equipment.

Online piracy and counterfeiting, her report notes, are “significant concerns” for the White House. Such infringement causes “economic harm and threaten the health and safety of American consumers,” Espine report reads.

“Foreign-based and foreign-controlled websites and web services raise particular concerns for U.S. enforcement efforts. We are aware that members of Congress share our goal of reducing online infringement and are considering measures to increase law enforcement authority to combat websites that are used to distribute or provide access to infringing products.”

More info in the article. 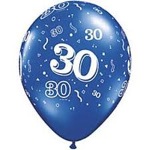 In the wake of continuing debate between publishers and authors regarding the establishment of fair and reasonable royalty rates for the emerging E-Book platforms, Hannover House has announced today a new standard rate of thirty percent of E-Book net revenues for authors. This new rate for all Hannover House authors surpasses the current industry standard of twenty-five percent E-Book royalties being offered by most major publishers. Hannover House is the entertainment and publishing division of Target Development Group, Inc. (PINKSHEETS: TDGI).

Initial E-Book releases from Hannover House will launch in June, and include two non-fiction titles from author Barr McClellan, and two fiction thrillers from author Vivian Schilling. McClellan’s “Made in the USA” was published in hardcover format in March of 2010, and his New York Times Bestseller, “Blood, Money & Power: How LBJ Killed JFK,” was originally published in September 2003. Schilling’s acclaimed thriller “Quietus” was originally released in hardcover format in January 2002, and her debut thriller “Sacred Prey” was originally published in September 1994. Both “Blood, Money & Power” and “Quietus” have sold more than 100,000 units each in various print formats, and are expected to be significant sellers again once released on the various E-Book platforms.

“It was important for Hannover House to make a statement that we stand with our authors in support of fair and reasonable royalties for new media formats,” said Eric Parkinson, C.E.O. of Hannover House. ”E-Books provide publishers with greater efficiencies and lower costs of production, freight and storage, so it only makes sense that the author’s share should increase, not decrease as other publishers have claimed. If we don’t compensate the authors fairly for these emerging formats, the publishing industry will jeopardize the supply of quality material by removing the financial incentives for authors.”

The launch of Hannover’s initial E-Book titles will be promoted with ads in the New York Times Book Review, Publisher’s Weekly and multiple internet sites targeted to reach avid readers.

“These royalty rates will not jeopardize the profitability of our publishing division,” said Parkinson. ”We believe that paying a fair royalty will build author loyalty as well as encourage other, established authors to consider Hannover House for their future publishing needs.” Join the staff at Melville House!

Melville House is looking for someone to join our editorial team. If you’re interested and have a few years experience, check out the job description here and see how to apply.