The Diesel eBook Store (http://www.diesel-ebooks.com) announced that it has entered into a direct partnership with Macmillan – a global publisher – that will permit the retailer to sell the publisher’s titles directly to the public through its web-based bookstore. Up to this point, Diesel eBooks used a variety of third-party eBook distributors for encryption and fulfillment.

Under the terms of the agreement, Diesel will store the digital titles of Macmillan on its own servers and provide fulfillment and encryption on orders through Adobe Content Server 4 (ACS4). A new proprietary PubDesk interface, through which the publisher can access its inventory, run reports and modify its metadata, has been created and will launch shortly.

“We are so thrilled to be working with the prestigious publisher Macmillan directly since they represent many top-notch authors that our customers love to read – authors such as Lora Leigh, Sherrilyn Kenyon, Lisa Kleypas, Robert Jordan, Orson Scott Card, Robert A. Heinlein and Jonathan Franzen, just to name a few.”

The Diesel eBook Store launched its new eBook retailing platform in December 2010 and is unique in the marketplace for their expanded categories and their ability to host customer created bundles. Their new site also boosts a suite of new features such as the “Deal of the Day”, social networking , video integration, access to over two million free eBooks via partnerships with Google and Smashwords and a new and improved search engine.

About the Diesel eBook Store
Launching in December 2004, Diesel-eBooks.com is one of the world’s largest independent eBook stores, offering over 2.4 million original eBook titles including hundreds of exclusive cyber bundles for deep discounts. Based in Richmond, Virginia, Diesel sells titles from hundreds of publishers including Harlequin, HarperCollins, John Wiley & Sons, Macmillan, McGraw-Hill, O’Reilly, Penguin, Random House, and Smashwords and in multiple formats including ePub, Microsoft Reader, Mobipocket, and Palm/eReader and PDF for all eBook devices and eReading hardware. Forty categories and 2,700 sub-categories mean customers find it faster at Diesel eBooks. http://www.diesel-ebooks.com

Thanks to Michael von Glahn for the heads up.

The Diesel eBook store has been around since 2004 selling ebooks directly to the public. This was way before eBooks have became very trendy and before they had the great system to process orders they have today. In the past Diesel mainly just sold books through 3rd party type of system, no more. Today Diesel and Macmillan publishing signed a deal so Macmillan books will be directly for sale on the website now.

The Diesel website and Macmillan have been talking about this deal for awhile now and it was only with the advent of Adobe Content Server 4 to handle encryption and orders. Diesel also has developed a new proprietary interface for Macmillan called PubDesk. This is a GUI that Macmillan will access to access its inventory,  modify metadata and track analytics on downloads, purchases and views.

Diesels ebook store recently went under a tremendous face-lift in 2010 that introduced social elements, a better search engine and the ever popular ‘Deal of the Day.’  With the addition of video integration and new partnerships with Google and Smashwords, solidified the deal with Macmillan.

Diesel commented on the new deal earlier on today – “We are so thrilled to be working with the prestigious publisher Macmillan directly since they represent many top-notch authors that our customers love to read – authors such as Lora Leigh, Sherrilyn Kenyon, Lisa Kleypas, Robert Jordan, Orson Scott Card, Robert A. Heinlein and Jonathan Franzen, just to name a few.”

iPad 2 production is under way; Expect a thinner form factor and solid under-the-hood upgrades
With RIM and HP planning to release tablet devices in the coming months, the tablet market is heating up in a serious way. And no, I'm not talking about how 100+ tablet devices from a slew of companies are poised to hit store shelves in 2011. Rather, with upcoming offerings from some of the biggest players in tech on the horizon coupled with the proliferation of Android tablets, Apple's iPad ...
Read more on Network World

More Apple iPad 2 Rumors: Smaller Form Factor, Flat Back, And Stronger Speaker
The latest in iPad 2 rumor mongering comes from an Apple blog in Japan, which reported slightly smaller physical measurements, a flat back and other tweaks to the iPad's design
Read more on CRN 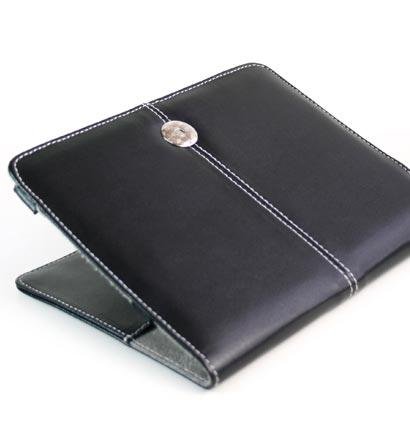