The Motorola XOOM stock SBF file had somehow made it to the open. Before you start scratching your head as to what on earth that means, here it is in lay man terms. It is the piece of software that will make the XOOM be just as it was when you have first bought it. So in effect, it acts as a solid back up and will allow you to test your innovative skills to the limit. So you always know if anything goes wrong, you can bring the XOOM back on track. Also, the SBF file is a nice thing to have when you will be upgrading your XOOM to the much touted 4G LTE standards.

Here is the link, but unfortunately, and quite understandably as well, the link has since then been deleted.

The Wall Street Journal reports anonymous sources tell them that Borders is about to file for Chapter 11 bankruptcy, and indeed could make the filing as soon as today (though Borders itself refused to comment on the matter yet). One paragraph in particular of the report reads like an epitaph:

Borders’s finances crumbled amid declining interest in bricks-and-mortar booksellers, a broad cultural trend for which it offered no answers. The bookseller suffered a series of management gaffes, piled up unsustainable debts and failed to cultivate a meaningful presence on the Internet or in increasingly popular digital e-readers.

Reportedly it will seek to close 1/3 of its 674 stores, and lay off large numbers of staff. However, whether it even can reorganize itself and avoid liquidation is unclear. The sources report it will declare over billion in liabilities, and the article quotes Mike Shatzkin (no stranger to these pages) as suggesting that brick-and-mortar shelf space for books will be half-gone within 5 years, and 90% gone within 10.

Publishers who Borders owes money are not going to be thrilled about this, and Borders shareholders are going to take a big hit as well. It will also likely result in much of Borders business migrating to other retailers and e-tailers such as Amazon or Barnes & Noble. The article doesn’t mention what, if anything, this will mean for users of the Kobo e-readers that Borders sells.

Borders to file for bankruptcy 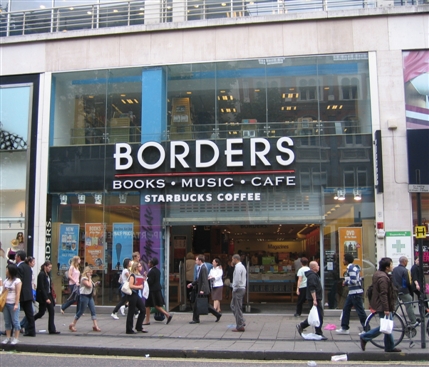 Desperate times call for desperate measures and the latest to find themselves on the wrong side is Borders Groups Inc. So much that the famed Ann Arbor, Mich., bookseller is left with no other option but to file for bankruptcy, which is a clear indication of their financial woes having only worsened in recent times. Final preparations are currently on so that we might get to hear the ultimate news as early as Monday or Tuesday itself. On the firing line will be close to 200 of the Borders’ 674 stores. Job losses are also in the cards which is likely to run into thousands. The company currently has 19,500 people on its payroll.

“Borders is not prepared at this time to report on the course of action it will pursue,” the company revealed in a statement.

Failure to register a strong presence in  rapidly changing book reading landscape has led the bookseller to its decline which otherwise used to be the preferred destination for the American book loving crowd. Times have changed so that its the digital version of books that are more in demand than anytime before in the history of hardcover books. The quick absorption of e-reader devices has only led e-books to be sought more than their printed counterparts. E-reader manufacturers too have been acting out of their skin to promote the new age e-book reading devices by including more and more features on one end while reducing the price on the other. All of these rang the death knell for the printed books.

Also, while all other booksellers have resorted to have an e-reader of their own along with their own e-book library promising anytime, anywhere and any book reading experience as a survival strategy, Borders fell out of the race by not having a device of its own. It had tied up with Kobo though the deal did not pay off in a manner that could have led Borders to survive. That the Kobo e-reader isn’t as great a product as the Amazon’s Kindle or the Barnes & Nook’s Nook e-reader did not help things either. It tried to diversify into offering interactive kiosks that would allow users to select and make their own CDc, or download their books and music but it did not pay off. Borders had also started to offer the Libre e-reader as well but all of their efforts came to a naught. Last October, Borders had also entered the self publishing genre by setting up Borders Publishing in conjunction with Book Brewer which was in line with Amazon’s Digital Text Publishing Platform or the B&N’s PubIT program.

So while Amazon stayed afloat with the brilliant Kindle and the B&N with the Nook e-reader, its was only a matter of time for the Borders to suffer the same fate as it happened to music stores a decade ago. The company has earlier put itself up for sale unsuccessfully in 2008. Interestingly, Borders has sold off its loss making internet operations to Amazon in 2001. Seven years later, when Borders once again decided to have an online presence, it found itself up against Amazon that was already an established player by that time and was on the verge of making a killing at a time when consumer preference was shifting to e-books and online buying.

As of now, it remains unclear if Borders will be able to restructure and emerge out of the red though experts believe avoiding liquidation might be too tall a task. 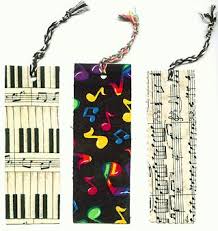 UPDATE 1/14/11
This is to let readers know that the ongoing Kindle Bookmarks file has been revised.

I'll add, later, an info box to the reference column on the right side of the website so that the latest file is always linked to there.

Today's is an interim file only because the quirks of MS Word formatting and the way aspects of the formatting are (not) handled by the Amazon conversion are taking too long to puzzle out.
Also, there are several more sites I want to add next time though I added a few today.

I hope the notes on workarounds for certain website problems are a bit more readable now.

See the information on using the file in the earlier and main Bookmarks article.

In the meantime, let me know if you have any trouble getting this one.  Thanks!

Corrected link to downloadable Bookmarks file (being revised this week)

This is just a quick blog entry to correct the conditions for a download of the ongoing Kindle bookmarks file in its current form.

However, I'm revising it and the newer one coming later this week should be considerably easier to use.

In the meantime, let me know if you have any trouble getting this one.  Thanks!

The bookmarks photo is from petittscreations.com.  I ran across them and liked the bookmarks but have no association with the site.

This is an alert that the ongoing mobiweb file of bookmarks or website-links for Kindles, which includes tips on how to get around problems with Google's gmail and gtasks on the Kindle 3, was just updated to try to make the tips more readable and to alphabetize and boldface the link titles for ease of use.

Before uploading this, I got an Amazon alert that those interested in GPS units might want to know that there's a one-day series of "lightning deals" on GPS units which they say will have discounts of up to 66% today. 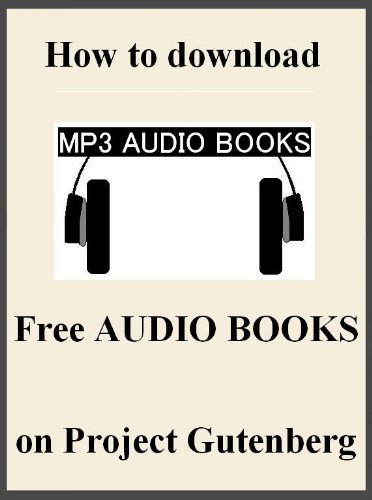 Ebook File Formats
Confused about ebook files and formats, and which readers can read which books? This article will help you sort it all out.
Read more on BellaOnline