Kindle and Adam lovers now have much to rejoice. For the Kindle for Android has now made its debut on the Adam tablet PC. This is great news for book-lovers who have bought the Adam tablet as this will open up access to the over 900,000 book now on offer at Amazon. The Amazon’s Whispersync technology will also be a part of the package. This combined with the sheer number of books on offer along with the ease with which they can be downloaded all make the Kindle application almost a must have for book-lovers.

So while the Kindle application definitely enhances the appeal of the Adam that bit more, what’s also exciting is the announcement in the company blog of more coming our way. So let’s keep our fingers crossed until the next post at the Notion Ink blog.

We reported a few days ago that Sony had developed two new Tablet Computers that ran the Google Honeycomb version of Android. Today Sony has released a new official teaser video that gives some great product shots on how it will look.

The S1 and S2 are two very unique tablets, the S2 looks to be the best due to its clamshell design, which will make it extremely portable. Both of the tablets will be able to run Playstation 1 games and have integration for the Playstation Suite.

For a full break down of tablet specs click HERE.

Sony unveils Android tablets
Sony is coming out with an iPad-sized Android-powered tablet, as well as a smaller, 2-screen, folding mobile device.
Read more on CBC.ca

Sony takes fight to Apple with launch of Android tablets
TOKYO (Reuters) - Sony launched its first tablet computers in an ambitious attempt to grab the No 2 spot in a market dominated by Apple's iPad and set to quadruple in four years.
Read more on Reuters via Yahoo!Xtra News

Skype Gets Needed Update For Android. Where's the Video?
Skype has just released updated software on its web site and the Android Market to allow all Android
Read more on Forbes 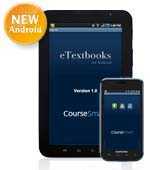 CourseSmart, the world’s largest provider of eTextbooks and digital course materials, further expanded its mobile footprint today with the launch ofCourseSmart for Android 1.0, a mobile application specifically designed for the Android Operating System (AOS). Students and faculty across the country can now access all of their eTextbooks on their AOS-enabled smart phones, netbooks and tablets.

“Increasing demand for mobile access to eTextbooks coupled with the exponential growth of Android-run devices has led to record numbers of students and faculty embracing mobile devices across their institutions,” said Sean Devine, CEO of CourseSmart. “The Android application is another example of the importance of our device-agnostic mobile strategy, ensuring all students and faculty can enjoy a superior eTextbook experience on devices they choose to own.”

CourseSmart for Android 1.0 leverages the unique capabilities of the devices running the AOS to provide a truly advanced eTextbook experience, including the ability to:

Compatible with the most popular Android-run devices, including the Motorola Droid, Samsung Fascinate, HTC Droid Incredible, HTC Droid Eris, HTC myTouch 3G Slider, HTC Evo and Samsung Galaxy 7, the first Android tablet, the application has been extensively tested by students and faculty prior to release. 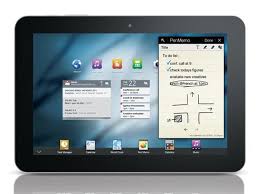 Kindle for Android
The Kindle for Android app has been updated to tailor it for tablet-computers, with enhancements that take advantage of the larger screen. New features include
. the Ability to pause, resume download at any time
. enhanced word look-up capability (for Android-based phones and tablets)
with built-in dictionary with over 250,000 entries and definitions.

Amazon.de Launches German Kindle Store
Amazon's press release says that the Amazon.de Kindle Shop will have the Largest Selection of Any E-Bookstore in Germany.
It launches with "650,000 titles, 71 of 100 Spiegel bestsellers, and over 25,000 German-language titles with thousands of German classics downloadable for free only on Kindle.  Top German and international newspapers and magazines are also available for single purchase or subscription including Frankfurter Allgemeine Zeitung, Handelsblatt and Die Zeit."

"German-language authors and publishers can utilize the new German KDP website to make their books available in Germany, Austria, the U.K., U.S. and over 100 countries worldwide. The popular KDP 70% royalty option, which allows authors and publishers worldwide to make more money on books sold to Kindle customers in the U.S., U.K. and Canada, is now also available for books sold in Germany and Austria. Additionally, publishers can now receive their payment in either Euros, British pounds or U.S. dollars. For more information and program terms, please visit kdp.amazon.de."

MORE on that Rumored Kindle Tablet via Samsung
Peter Rojas, who wrote the article this week about the probability of a Samsung-built Amazon tablet, was the co-founder and former Editor of Engadget and is now co-founder of gdgt.com.  He has very good connections in the industry and, while there's always the small chance he can receive bad information, his sources are probably more solid than the usual.

Also, on November 5, 2010, I wrote a blog article about the rumor of an Amazon Android tablet being quite strong because Computerworld's Steven J. Vaughan-Nichols, aka cybercinic, had quietly included in a column the following:

' Sources at Amazon tell me that the company will indeed produce a mass-market Android tablet.  I can't tell you its size, pricing, when it's expected to ship, or anything else of substance.  The one thing I do know is that, like the Kindle, it will run Linux with a Java-based interface.  In short, this new tablet Kindle, let's call it "KinTablet," will run Android. '

Some have said that Amazon would not want to upset its OEM partners by releasing a 'competing tablet' but Kendrick feels it would not be so much a tablet built to compete but "would be intended to extend the company’s retail operation into the next logical space."

To speculation or hopes that this would be a particularly mighty tablet, ZDNet's James Kendrick writes, "Amazon’s intent would not be to produce a state-of-the-art mobile device" but would instead "be designed to have the Amazon retail system completely ingrained into a decent, economical tablet.  Amazon's own Android Apps store would probably be 'curated' (as Apple's is and B&N plans to be, for Non-rooted NookColors), but in effect, competing with Google's Android market, which is 'open' but also leaves non-computer-intense customers to their own security measures and is disorganized and confusing to many.

In another article, about the Kindle with special offers and straight-out, large ads on its screensleepers and on the bottom area of the Home screen of book titles, Kendrick writes:

' If only 1 percent of ... Android activations resulted in a Kindle customer, that is over a million new customers every year for Amazon content.  That’s a conservative number, but the size of the Android market is huge.  Most Kindle app users probably buy multiple ebooks from Amazon...it’s no surprise that Amazon is selling so many ebooks..."

"So this ad-supported Kindle reader will probably get more devices in the hands of new customers, but that’s not the real story.  I wonder if this is Amazon’s first baby steps into developing its own ad network for its future mobile devices that it is probably working on.  I firmly believe Amazon is about to disrupt the mobile space by entering into the mobile space with a tablet device, and take Apple on directly.  An ad network would be another piece of the ecosystem to go head-to-head with Cupertino. '

I wondered the other day if Apple's sudden lawsuit against Samsung (a supplier for Apple), for look & feel concerns, might be explained by this rumored tablet partnership with Amazon.  I wasn't the only one wondering out loud.

With Honeycomb running tablets oozing out from just about every corner, it was just a matter of time before Amazon updated its Kindle for Android app. Now, that has indeed happened with Amazon making available the updated Kindle app for Android 3.0. Appropriately named ‘Kindle 3.0 for Android,’ the app promises to function better in a Honeycomb environment and delivers a better reading experience and feel in the new breed of Honeycomb tablet PCs.

The most visible change with the updated Kindle app is evident with the library that is now depicted in a more convenient and user friendly grid view. So the library now shows thumbnail images of the books that you have in your library and is a lot better than the list view that used to be the default viewing option with the Android App for smartphones. Its a good thing the grid view has now been made default in smartphones as well though the overall feel and looks is far better in the bigger displays of the tablet devices.

Another good thing with the new Kindle 3.0 for Android app is the enhancements that has been introduced in the app-store. The layout is neat with the top section displaying recommendations for you while below it, on the left is the list of book categories to choose from. The right side shows lists of books under two broad categories – ‘Top 100 Paid’ and ‘Top 100 Free’ books. Also, making a new purchase is easier now since this can be accomplished from right within the app instead of launching an external browser.

So the next time, you fire up the Kindle app from your Xoom or any other Honeycomb tablet, make sure you ring in the change.

via engadget, via mobiputing