“The primary difference between the 602 and the 902 models are the screen size and battery,” says Shemet. According to Sheiman, the 602 is a smaller unit with a longer battery life (six inches and 14,000 page turns) while the 902 has a larger screen and a shorter duration between power-ups (9.7 inches and 7,000 page turns). …

The updated PocketBook Pro 603 and Pro 903 are the company’s premium class models. The two models differ in screen size with the Pro 603 measuring 6” and the Pro 903 measuring 9.7”. They also differ in battery life with the Pro 603 capable of 14,000 page flips per charge and the Pro 903 capable of 7,000 page flips per charge. These upgraded versions possess a stylus touch module for the input device and are best suited for customers who desire the most advanced technological devices. In addition to Wi-Fi and Bluetooth, these models feature 3G connectivity module.

The IQ 701 offers a number of different features including a seven-inch color TFT touch screen with Wi-Fi and Bluetooth connectivity. Functioning on the Android operating system with Android application capabilities, this model is best suited for customers seeking entertainment in an e-reader. …

One of the world’s top five producers of electronic reading devices, PocketBook sells more than 50,000 e-readers each month through offices in the USA, Germany, Russia, China and the Middle East with a distribution network covering more than 20 countries worldwide.

CES: DisplayLink app makes iPad a wireless Windows monitor
The .99 app connects an iPad to a Windows PC, handy for keeping on top of more computing tasks at the same time. Originally posted at CES 2011
Read more on CNET 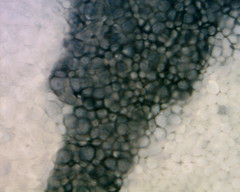 I’s surprised at how irregular the capsules are. The images are from a Cybook Opus.

M-Edge lets you design your own case

Another press release coming out of CES. This looks as if it could be a lot of fun.

M-Edge Accessories, the market-leading designer of accessories for Kindle, iPad and Nook, today unveils a new, cutting-edge service known as MyEdge. MyEdge is the first service to allow customers to design and personalize protective jackets for their e-reader devices. The service is very affordable, with pricing for Kindle and Nook jackets , and iPad jackets .

With demand for highly customized accessories on the rise, the MyEdge website gives consumers the opportunity to create customized jackets for Kindle (Latest and 2nd Generations), iPad and Nook with interactive, user-friendly tools. For those who love new reading technology, but miss the traditional feeling of holding a hardcover in their hands, MyEdge is the ultimate opportunity to put a little of the book back into the e-reader.

A unique feature of MyEdge is the Style Library, a gallery featuring artwork exclusively commissioned for MyEdge by well-known artists from around the world. The Style Library includes artists like Amy Ruppel and Christopher Bettig, as well as iconic cover artwork from past issues of The New Yorker. In addition, the Style Library offers an assortment of vintage book cover artwork through partner Out of Print. Book covers offered in MyEdge include Moby Dick, Catch 22, Slaughterhouse 5, One Flew Over the Cuckoo’s Nest, and more. …

The MyEdge website provides all the drawing and design tools a user needs in an easy-to-navigate toolbar. Customers select the device they want to accessorize—Kindle, iPad, or Nook—then use the MyEdge design tools to design and edit their “blank canvas.”

After laying out their selected photo, pattern, text, or artwork, the customer can choose from a black or mocha microfiber leather spine and stitching accents for their jacket. Before placing their order, the customer can review a photo-realistic rendering of the jacket they have created. Once the jacket is approved and finalized, the design is printed on sturdy 100% cotton canvas using eco-friendly water-based inks. Before shipping, eac

h jacket is coated with Scotchgard™ protection to enhance its durability.

Libraries – the year’s bestseller
AMAZON’S latest version of its Kindle electronic reader may have sold out in record time but the people of Co Mayo still prefer a good, old-fashioned read.
Read more on Western People

From a Chronicle of Higher Education Post by Jennifer Howard:

The 2010 HathiTrust Year in review

The 2010 Year in Review from the HathiTust has been released and is available online. It was quite an eventful yearl The report includes both events from 2010 as well as a look at a few new tools/features to be on the lookout for in 2011 and beyond.

Here are a few highlights from the 2010 year in review.

Staff members at the University of California and University of Michigan worked together over a period of months to develop specifications and routines to ingest partner materials from the Internet Archive at scale. Well over 100,000 volumes from the Internet Archive have been deposited in HathiTrust by three institutions to-date, and more are on the way. This was a major step in the expansion of HathiTrust’s ability to accommodate content from a variety of digitization sources.

Staff at the University of Michigan developed the capability to deliver full PDFs of all public domain materials through the HathiTrust PageTurner.

Upcoming in 2011 and Beyond

A prototype of the HathiTrust-OCLC catalog will be released in beta in January.

HathiTrust will soon offer rights holders the option to attach Creative Commons licenses to works they wish to open access to in HathiTrust.

Integration of BookReader into PageTurner

A new version of PageTurner, including the scroll and flip functionality and other features of the open source BookReader software, will be released in early 2011.

As reported in the HathiTrust Update on October Activities, the MPublishing division of the University of Michigan Library has engaged in a 2-year effort to create ingest, management, and presentation tools that will enable the use of HathiTrust as a publishing platform for encoded text and page-image materials. The effort will focus first on journal content, with support for books planned at a later stage.

Hat Tip and Thanks: Heather C.

Hands on with Hanvon’s color ereader

According to the article in PC Magazine, Hanvon has no plans to sell the reader in the US.