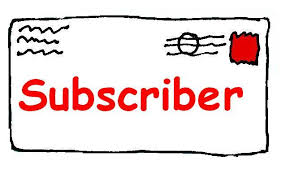 The New York Times's Claire Cain Miller reports on Google's announcement of their own periodical subscription offerings via its Google One Pass system.

Timed to contrast it against Apple's set of rules detailed in a much discussed press release Tuesday about Subscription-content apps for Apple devices, it offered the following:

' Publishers have control over how users can pay to access content and set their own prices. They can sell subscriptions of any length with auto-renewal, day passes (or other durations), individual articles or multiple-issue packages. Google One Pass also enables metered models '

There is a link on that page to their FAQ, which promises that, unlike conditions of Apple subscription apps:

"Publishers decide the price and terms of the content they choose to sell through Google One Pass."

Also, "Google One Pass will enable users to access content on connected, browser-enabled devices and from mobile apps where the mobile OS terms permit publishers to access the web via the app for Google One Pass transaction or authentication services."

In other words, this describes a WEB-subscription, which some columns yesterday said is more similar to a newspaper with a paywall.  As the New York Times reports:

' When publishers use One Pass, which for now is limited to online newspapers and magazines, Google will keep 10 percent of the sale price and share the customer’s name, ZIP code and e-mail address unless the customer specifically asks Google not to. '

That sharing of customer information is important to publishers.  Apple will share it with publishers only if the Apple customer permits it.

More from the NYTimes article.

' Unlike Apple’s service, Google’s is aimed more for use on Web sites than in apps, making it similar to services like Journalism Online’s Press+, which offers log-in and payments technology to online publishers.  Ms. Hornung said publishers could use One Pass in an app only if the mobile operating system’s guidelines allowed it.
...
' But Mr. McQuivey of Forrester said One Pass would be of little use to Web publishers until Android is built into many more phones, tablets and other devices, like televisions. “No publisher in their right mind would sign up to give away 10 percent of Web-based revenues,” he said.

On the other hand, if a publisher offers access to subscriptions through an Android app:

' Publishers selling content within an app running on the Android operating system, for instance, would have to comply with Android’s revenue split, under which Google gets a 30 percent share.
However, unlike Apple, Google allows publishers to avoid selling within the app and instead to send customers to a mobile Web browser to make a purchase. '

KINDLE FOR ANDROID APP DOES INCLUDE SUBSCRIPTIONS
Since December 20, this Amazon app for Android includes over 100+ Kindle subscriptions readable on your Android device.

NOTE that Amazon does NOT include the Subscription-content feature in its apps for iPhone, iPod Touch, and iPad.  We now have an idea why they don't.
The Apple devices have usually been the first app to get such updates, but subscription-content was never made available on the Apple ones.

Apple may have communicated to Amazon earlier its plans for subscription-content apps.

In the meantime, Amazon just had its Kindle for Apple devices updated last week for real page numbers, and a few other features.  The update was approved by Apple, though they can decline to approve any updates, and the Kindle app retains the link to the Amazon site for purchasing e-books.
We'll know more details about precise plans for e-reader apps on Apple devices before July 1.

APPLE DRAWING SCRUTINY OVER ITS SUBSCRIPTION POLICES
I won't go into it here, at this point, as these are "inquiries" and may not develop into formal investigations.   But for those interested in reading articles on that, here are the two main newspaper articles on that from the last day (Kindle-edition blog links now work):

Get the free On The Red Carpet iPad app|Lastest Ipad News] » « How Apple may inadvertently boost ebook linking, by Eric Hellman