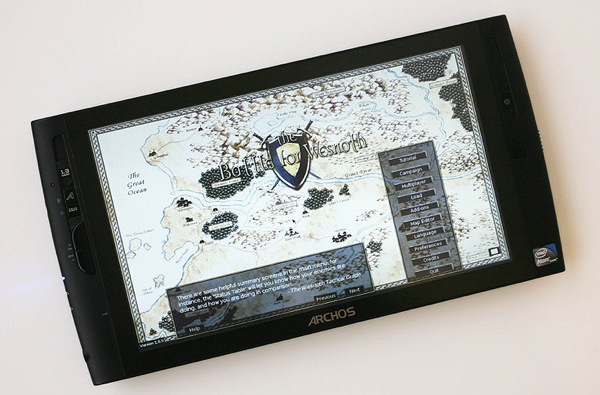 Archos has already started preparations on what it will have to show off at the IFA event. This is spite of the fact that the premier show is still almost half a year away. (IFA 2011 will be held in Berlin from 2 – 11 September). Although preparations are perhaps necessary in view of the fact that the French consumer electronics manufacturer wishes to break into the rarefied territory of high-end tablets that is currently dominated by the likes of Apple, Samsung, Motorola and so on. And its no secret, to compete with the likes of the iPad 2, the XOOM or Galaxy Tab et all, Archos will have to considerably better the best tablet it has delivered till now. Meanwhile, Archos has also recently unveiled two tablets at the CeBIT event though both the tablets are for the budget category.

So come September and be ready to be treated with two new tablets from Archos, one each in the popular 7 and 10 inch category of tablets. However, there isn’t any other information available of the tablet, like what its processors will be like or what operating system the two tablets will be based on. Archos already has quite a few tablets to its credit, which means this might be just the right time for them to aim higher. Then there obviously are other reasons. For its in the high-end tablets where the money really is. And all that Archos has to do to tap into this vast segment is to come up with a reasonably priced tablet that delivers on the performance front. However, we will have to wait till September to have a clear idea of what comes out of this though there sure will be the usual dose of rumors and leaks in between to keep us engaged. Hope we then come to know more of the two tablets of which we know virtually nothing.